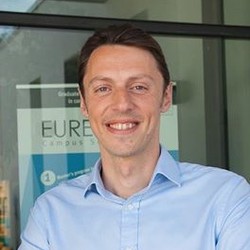 Maurizio Filippone received a Master's degree in Physics and a Ph.D. in Computer Science from the University of Genova, Italy, in 2004 and 2008, respectively.

His current research interests include the development of tractable and scalable Bayesian inference techniques for Gaussian processes and Deep/Conv Nets with applications in life and environmental sciences.